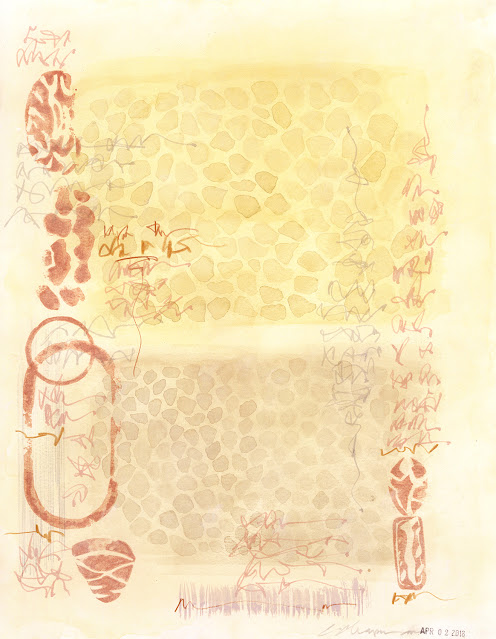 In your upcoming exhibition “Selected Video 2008-2019” at the Cotuit Center for the Arts, you examine the power struggles, personal fantasies and social problems of characters in an uncertain world and complex media landscape. You refer to them as contemporary fables. Could you elaborate more on this?

All societies have fables, written or by word of mouth, they comment on contemporary habits, justice, morality. I like to take myths, legends, local tales, and common beliefs and further distort them. Fables point out that which we all see, but may not have the means to say.

The videos I make are really closer to what the Neapolitan writer Sabatino Scia describes as “western protest fables.” My characters are people with problems, things that don’t want to be things, ideas in flux, animals in control, forces of nature, and like the traditional fable, they are open-ended morality tales that reveal aspects of human society. 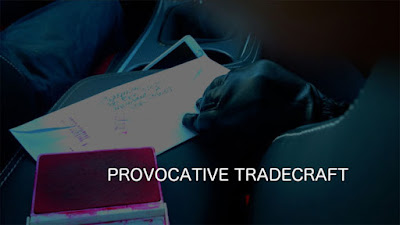 Yes, to be a revealer, to expose issues that are being concealed, to engage the public in becoming active players instead of silent observers. You mentioned that you take common fables and further distort them. What are some of the creative strategies you use? And before we talk specifically about some of your videos, I was wondering how your interest in this media evolved.

I don’t really have any strategies except research, which I love. Sometimes I will read an old story or myth and later an idea just hits me full blown when I’m walking or driving or sleeping! Then I might distort it a bit more. I research a lot, constantly trying to find older more obscure books on symbols, myths, legends. Symbols and designs are key. As a graphic designer I learned every symbol has a very, very old story, often a brutal history. Usually pre-historic background. At one time I set out to research every symbol in the world in every culture. I hit some snags and had very bad experiences when I began research into black magic symbols, the black arts. I dropped it, and do not like to even reflect on it. My advice is “don’t.”

I was never remotely interested in filmmaking. I get bored in movies. Usually I don’t even finish viewing them. Around 2005, a woman with a web design agency in San Francisco I occasionally worked for as a photographer asked me to film her for an ad. She handed me her beat up old camera and I had a flash connection with that machine. I begged her to let me use it and asked her to be in my first film, Blacklisted. I finished it and was elated and sent it to Jeff Crouch at Houston Literary Review and they took it. The woman, my sometime boss, was a bad alcoholic. and extremely moody, actually a total bitch I had to coddle. She called the Review and told them she did not like Blacklisted and they had to take it down. First lesson learned. I had no money, very broke, in debt from years of traveling. Finally I saved money for my first video camera. Then I went on a ten year blitz developing very short films for the web. I wanted to make vids with great music, without dialogue, anyone, anywhere in the world could watch for free in 1-3 minutes. 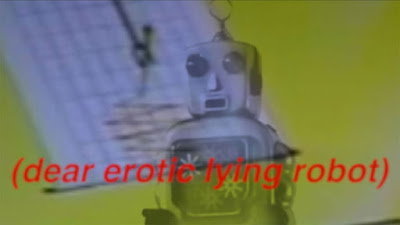 You’ve definitely accomplished what you set out to do. In all of your videos there’s so much going on between the visual images, music and words in that short window of time. Your fast paced editing adds another layer of allure & intrigue. Whether it’s “White Yang”, a post-apocalyptic tale from the Feral Nebula or “El Dorado” where the new world king dusted in gold is hunted by con men & conquistadors or “Dear Robot” about an emergency disaster relief mission gone rogue, I see that you work with others. How does this process of collaboration unfold?

Synchronicity, coincidence, accident and serendipity play a huge part in these videos. I would be working on an idea and Jeff Crouch would send the perfect music not knowing what I was doing. I routinely, accidentally ran into people at my day jobs or surfing who were great musicians or performers. Old friend musicians contacted me randomly, some musicians offered me fantastic pieces out of the blue. Clues, information, music, art, props, sites, leads fall my way.

My sense of urgency is so acute that I am a lousy collaborator, I just want to do it. I have little patience or time as I always supported my work with horrible day jobs. I don’t even try to collaborate. I was trained to art direct in graphic communications but I detest talking with people about art, and I knew things would not work that way. So I am a complete mercenary. This is not trying to take full credit, I can’t stress how often things fall in place and collaborators raise the bar. Most musicians accept that I don’t detail what I am going to do with their music and like the results. A few rare times a musician or collaborator was unhappy with results. I worked with a roller skating team and after I finished they asked me to remove their name they hated it so much. A few years later it showed repeatedly on London’s DotsWaves TV and other film venues that loved it.

The same with performers, I stumbled on them in my day job or surfing. Usually I talked people into a part who I barely knew. They turned out to be absolutely perfect, comfortable in front of a camera, planning to act or artists who performed or extroverts. I am not. I am a painful introvert…so I never understood how this all fell into place. Performers usually had some cool style sense and brought their own costumes and makeup, sometimes I assembled or made costumes. We worked rough and fast. I never rehearsed because I prefer spontaneity and filming always depends on fleeting dawn or dusk natural light. As a surfer I am familiar with weather conditions and I planned weeks in advance for noir sunsets, pink dawns, tidal surge, big waves, flat surf, storms, falling cliffs, heavy rains, floods, comet trails, monster moons and strange star constellations. I emailed a detailed script, and performers showed up and I told them the bones of action. I turned the camera on them. They astounded me with what they came up with. Blew me away. I don’t care about perfection and making mistakes, it’s something else I want that does not have a word. Sometimes we filmed 3-4 films in a few hours in my extremely tiny apartment where I had timed the daylight and I switched out props and scene so fast I couldn’t remember what I did until I downloaded the video. Sometimes we worked in arranged third-party sites and had a narrow window of time and light. Always the performers ‘got it’, especially Christa Hunter, Bob Selfe and Dan Mitchell who I worked with for a decade. Often I could not find anyone to take the part so I did it. Imagine mid July California heat in a huge wool overcoat with a pillow over stomach, wig, nylons, hat, carrying a suitcase and birdcage at dawn as an old lady at bus stop. I played witches, fortunetellers, shamans, old ladies, murderers, usually the grungy parts no one wanted.

With Jeff Crouch we have email conversations that go on for years about philosophy, art, science, and AI and culture. I highly respect his input. He has sent me huge boxes of philosophy and art books to read and pounds of marked and altered material I used in video or mail art that became video works. He’s a better writer than I having been a teacher and has laser focus. Jeff is also more stable than I. I’ve probably moved six times since we began working together so sometimes I have to break to sort out my life. Jeff is always producing work and collaborating with people. His ideas are fantastic and he had tremendous input in music and ideas in earliest video evolution. 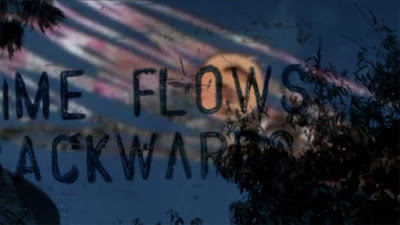 The impact that your journeys and encounters have had on your videos can certainly be felt. They’ve added this very dynamic pulse that’s filled with a keen sense of wit, imagination and insights. How you use words, how they flash onto and across the screen, are they yours? Someone else’s? Poems? Statements? Messages?

Usually the text is mine. Sometimes Jeff Crouch sent me poems and I credit him. For me they are messages. I have an uneasy relationship with poetry but tag it poetry for the web. Often the lines come into my head full blown. But I might spend weeks writing the full text like the nine haiku video, Love Fugitif, so there is a uniform quality. Sometimes I write complete scripts like Night Trip, Spanish Prisoner, Circus Chaos, Eat the Night, Psycho Pomp, Whispers of a Dying Sun. Jeff sent me several scripts we filmed. Then Jeff and I would take parts, also Daniel Mitchell who had a fantastic speaking voice. As I said I feel close to early California noir writers so sometimes stories and scripts might be shocking. The state, beneath it’s golden veneer has a dystopic feel. I have many neo-noir short stories you can find in my website under “text”.

As an artist, I am closer to being an investigator that has found a mystery that is too big to understand. And I am stumbling around alone trying to solve it. So I share it. Then the viewer is involved and stumbling around too. I don’t try to elicit response, coerce, propagandize or sell. Those are things I do in design. But two questions lurk in my work, “How can we as humans, living on a paradisiacal planet, with all we need, continue to muck it up?” and “How can we change?

Dream Collector book II in Word for Word...just out... 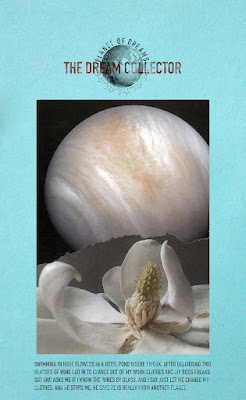